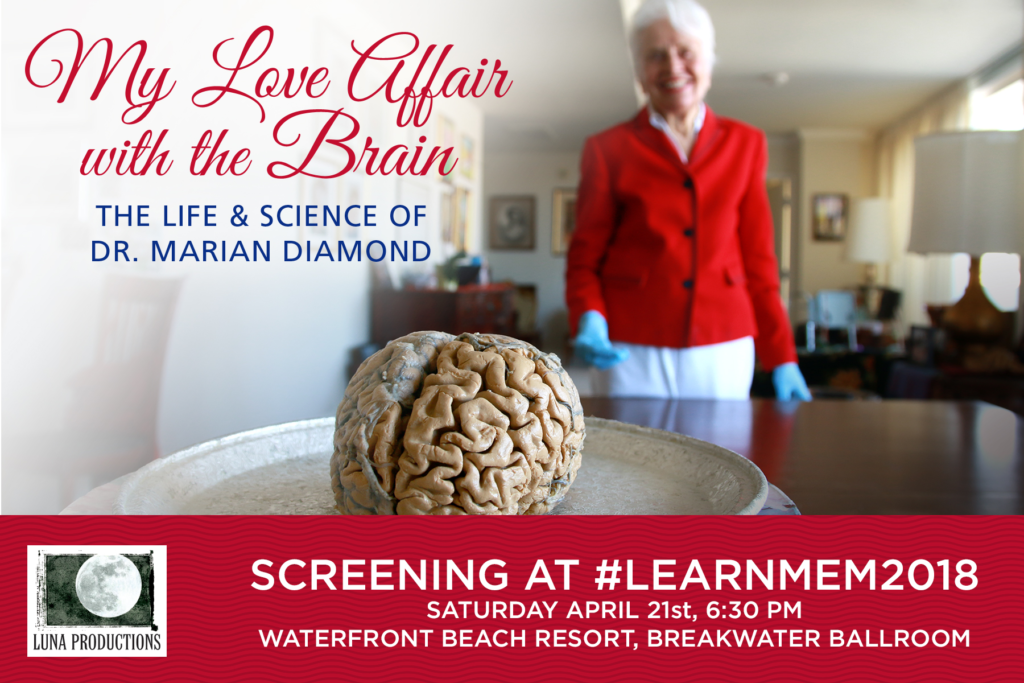 LEARNMEM2018 will feature a screening of the award-winning documentary "My Love Affair with the Brain: The Life and Science of Dr. Marian Diamond". Dr. Diamond passed away in July 2017 at the age of 90, after a career that transformed neuroscience... several times over. The screening will be followed by a special panel discussion with the filmmakers, Cathy Ryan and Gary Weimberg, hosted by Drs. Wendy Suzuki and Bob Knight, who were featured in the documentary. This event is free and open to the public. Registration is required. Click here to register.

My Love Affair with the Brain: The Life and Science of Dr. Marian Diamond

How can you not fall in love with a woman who carries around a preserved human brain inside a giant flowery hat box? Meet Dr. Marian Diamond, renowned academic and research scientist, and prepare to be smitten.

Catherine Ryan and Gary Weimberg’s film follows this remarkable woman over a 5-year period and introduces the viewer to both her many scientific accomplishments and the warm, funny, and thoroughly charming woman herself, who describes her 60-year career researching the human brain as “pure joy.”

As one of the founders of modern neuroscience, it’s no exaggeration to say that Dr. Diamond changed science, and society at large in dramatic ways over the course of her career. Her groundbreaking work is all the more remarkable because it began during an era when so few women entered science at all. Shouted at from the back of the conference hall by noteworthy male academics as she presented her research, and disparaged in the scientific journals of a more conservative era, Dr. Diamond simply did the work and followed where her curiosity led her, bringing about a paradigm shift (or two) in the process.

The film has won numerous awards in film festivals as well as in the scientific arena including the prestigious AAAS Kavli Gold Award in Science Journalism in November 2017. 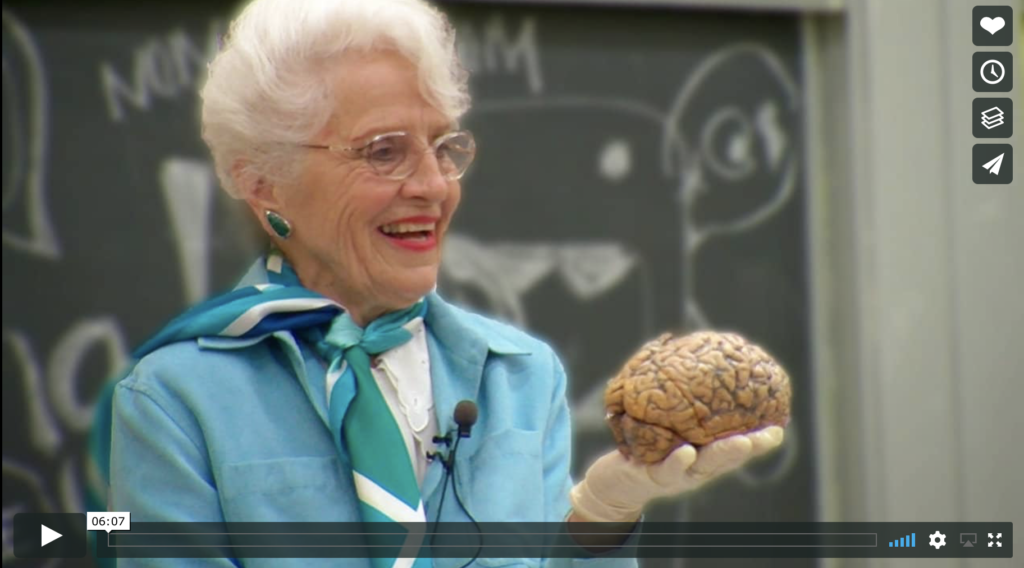 Panel discussion after the screening

As a special treat, we will be joined by the filmmakers themselves, 5-time Emmy Award nominees and 2-time Emmy Award winners, Gary Weimberg and Cathy Ryan in a panel discussion after the screening, hosted by Drs. Wendy Suzuki and Bob Knight.

REGISTER TO ATTEND THE SCREENING AND PANEL DISCUSSION

This event is free and open to the public.